Auditions for: ‘Bothered and Bewildered’

Ferne Syres is looking for some actors who would be interested in helping a very good cause: raising funds for the Eynsford & Farningham Dementia Cafe.  The Cafe serves the population of the surrounding villages as well as Eynsford and Farningham.  it meets once a month and provides a valuable place where people can meet to chat, enjoy activities and speak with professionals to gain advice and information.  It is well attended and growing steadily. 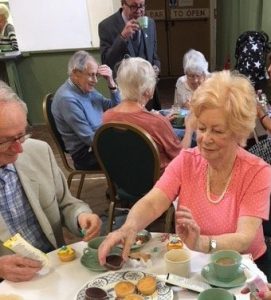 Sevenoaks District Council is funding a Dementia Event to be known as ‘You, Me and Dementia’  at The Stag Theatre in Sevenoaks.  This will be a Dementia Awareness Event (on a Saturday in late November 2018) and will include many organisations coming together in a market place setting within the theatre to raise awareness and provide information on Dementia to the Sevenoaks and surrounding areas, & I have the chance to direct the play ‘Bothered and Bewildered’ by Gail Young.

It is a fantastic opportunity to perform at The Stag and although it is a one time performance, there may be possibilities to re-present  the play elsewhere. All proceeds collected at the Stag will go to the Dementia Cafe I run.

I am looking for people to cover the following roles:

Irene – An older lady who is living with Dementia 50 plus

NHS Consultant – Can be either female/male, any age

Rehearsals will start at the end of August at a venue somewhere in the Eynsford area.  If you require any further information, please  email me or telephone on 07980820216.