To the Victor the Spoils!

In the absence of Team Turnbull, called to the wilds of Norfolk, at last the opportunity for SOMEONE ELSE to win the Twelfth Night Quiz!  In the spirit of many an SSS production, our team of six had changed its lineup not once but twice in the previous 24 hours.  Undaunted, we named ourselves The Crude Mechanicals and, prosecco in hand, awaited the chance to carpe diem.  Or, in translation, to carp at the quizmaster on a daily basis.   But Maestro Colin Hill was standing for no nonsense.  With three specialist Shakespeare rounds to six vanilla he forged ahead, leaving us breathlessly putting pen to paper.  When to play the joker?  Shall we risk a Shakespeare round?

The first interval gave us further fortification in the form of Pam’s delicious mulled wine and Sandie’s heavenly Twelfth Night Cake, a new tradition in the instant.  Raffle tickets were sold and we socialised with other teams, aka THE OPPOSITION.  Lovely to see a team from Little Bridge Theatre amid the Shakespeareans and their subpoena’d friends and family.

The second interval (we don’t do things by halves here!) brought the annual ritual that is the Lord and Lady of Misrule charade.  Sleep was successfully murdered by Macbeth, we tackled the fiendishly disguised movie title in the interval quiz, and donated raffle prizes were regifted to lucky winners.

So, The Crude Mechanicals  (Phil, Karen, Paul, Jo, Ben, Shari) found themselves neck and neck with Marlowe (the Little Bridgers) with one round to go – and that round was JEOPARDY! One wrong answer and all points lost … we proceeded with caution, and were rewarded,  our worthy opponents imploding due to insufficient Joanna Lumley knowledge.

With winner prizes looking ahead to this summer….

and losers looking back to last year, 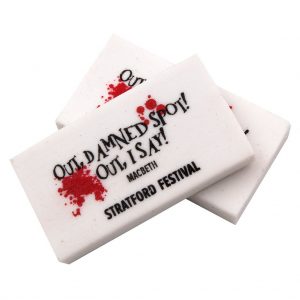 it was truly a Twelfth Night to remember!