Boning-up on verse forms for the rehearsals? 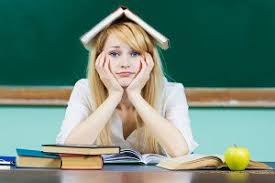 The greater part of The Tempest is in blank verse — the unrhymed, iambic five-stress (decasyllabic) verse, or iambic pentameter, introduced into England from Italy by Henry Howard, Earl of Surrey, about 1540, and used by him in a translation of the second and fourth books of Vergil’s Aeneid, Nicholas Grimald (Tottel’s Miscellany, 1557) employed the measure for the first time in English original poetry, and its roots began to strike deep into British soil and absorb substance.

It is peculiarly significant that Sackville and Norton should have used it as the measure of Gorboduc the first English tragedy (performed by “the Gentlemen of the Inner Temple” on January 18, 1561, and first printed in 1565). About the time when Shakespeare arrived in London the infinite possibilities of blank verse as a vehicle for dramatic poetry and passion were being shown by Kyd and above all by Marlowe. Blank verse as used by Shakespeare is really an epitome of the development of the measure in connection with the English drama. In his earlier plays the blank verse is often similar to that of Gorboduc.

The tendency is to adhere to the syllable-counting principle, to make the line the unit, the sentence and phrase coinciding with the line (end-stopped verse), and to use five perfect iambic feet to the line. 1 In plays of the middle period, such as The Merchant of Venice and As You Like It, written between 1596 and 1600, the blank verse is more like that of Kyd and Marlowe, with less monotonous regularity in the structure and an increasing tendency to carry on the sense from one line to another without a syntactical or rhetorical pause at the end of the line (run-on verse, enjambement). Redundant syllables now abound and the melody is richer and fuller. In Shakespeare’s later plays the blank verse breaks away from bondage to formal line limits, and sweeps all along with it in freedom, power, and organic unity.

In the 1396 lines of blank verse in The Tempest are found stress modifications of all kinds. There are 472 feminine (or double) endings, 42 light endings, 25 weak endings, 2 and 253 speech endings not coincident with line endings. Such variations give to the verse flexibility, music, and superb movement.

While French prosodists apply the term Alexandrine only to a twelve-syllable line with the pause after the sixth syllable, it is generally used in English to designate iambic six-stress verse, or iambic hexameter, of which we have a normal example in II, i, 230. This was a favorite Elizabethan measure, and it was common in moral plays and the earlier heroic drama. English literature has no finer examples of this verse than the last line of each stanza of The Faerie Queene. In The Tempest are only 15 Alexandrines, — a small number for so late a play. Care should be taken to distinguish between Alexandrines and such trimeter couplets as are found in III, i, 31, 59. See Abbott, § 500.

1. Couplet. A progress from more to less rhyme in the regular dialogue is a sure index to Shakespeare’s development as a dramatist and a master of expression. In the early Love’s Labour’s Lost are more than five hundred rhyming five-stress iambic couplets; in the very late The Winter’s Tale there is not one. In The Tempest is found only one such couplet, the exit tag, II, i, 320-321.

2. Masque Couplets. The rhymed five-stress iambic couplet was one of the conventional verse forms for Masques, and as such it is employed in the 54 lines of dialogue between Iris, Ceres, and Juno. In these Masque couplets, Shakespeare shows a marked tendency to run-on lines. This use of rhyme, contingent on special reasons for its introduction, has no weight in determining the date of the play by application of the rhyme test.

3. Epilogue. Like the scrolls within the caskets in The Merchant of Venice and the speeches of the Weird Sisters in Macbeth the Epilogue in The Tempest has as its dominant measure four-stress (tetrameter) trochaic verse catalectic, varied by the introduction of normal four-stress iambic lines (see note, Epilogue). Ariel’s snatch sung in Gonzalo’s ear, II, i, 294-299, is also in four-stress trochaic verse with tail lines of two-stress iambic. His similar snatch, IV, i, 44-48, begins with iambic verse and passes into trochaic.

4. Masque Songs. The songs of Juno and Ceres within the Masque are in four-stress trochaic verse. Unrhymed, this is the measure of Longfellow’s Hiawatha.

5. Stephano’s Song. Starting out with a rollicking four-stress amphibrachic line catalectic, Stephano’s sailor song, II, ii, 44-51, passes into irregular iambic verse, but the amphibrachic rhythm is recaptured towards the climax of the stanza.

6. Ariel’s Songs. In the first two songs sung by Ariel, “Come unto these yellow sands,” I, ii, 375, and “Full fathom five thy father lies,” I, ii, 397, the rare melodic effect is gained in great measure by the alternation of iambic and trochaic lines. In “Where the bee sucks, there suck I,” V, i, 88, the verse is trochaic, changing to a rapid dactylic movement in the last two lines:

Merrily, merrily shall I live now
Under the blossom that hangs on the bough.
PROSE

In the development of the English drama the use of prose as a vehicle of expression entided to equal rights with verse was due to Lyly. He was the first to use prose with power and distinction in original plays, and did memorable service in preparing the way for Shakespeare’s achievement. Interesting attempts have been made to explain Shakespeare’s distinctive use of verse and prose; and of recent years there has been much discussion of the question whether we are justified in supposing that Shakespeare was guided by any fixed principle in his employment of verse and prose, or whether he merely employed them, as fancy suggested, for the sake of variety and relief.

It is a significant fact that in many of his earlier plays there is little or no prose, and that the proportion of prose to blank verse increases with the decrease of rhyme. In the later plays five distinct varieties of prose may be distingushed: (1) the prose of ‘low life,’ including the speech of comic characters; (2) the colloquial prose of simple dialogue; (3) the essentially euphuistic prose; (4) the prose of formal documents; and (5) the prose of abnormal mentality. All the prose of The Tempest may be regarded as belonging to only the first of these varieties, but no other play illustrates more clearly some of the principles which underlie Shakespeare’s transition from prose to verse and from verse to prose.

The greater part of the dialogue in I, i, is naturally in prose, but at line 46, “where all is lost, and tragedy begins, blank verse also begins.” — Morton Luce. In II, i, the first speech is that in which Gonzalo comforts Alonso, and it is in blank verse; then follows the humorous dialogue between Sebastian, Antonio, and Gonzalo which is in prose; the transition to blank verse occurs when Alonso tells how the reference to his daughter’s wedding recalls him to a sense of his bereavement. The good-natured banter which succeeds Gonzalo’s description of his commonwealth is in prose, but when the “strange drowsiness possesses” all except Antonio and Sebastian, and they fall to plotting the murder of Alonso, the dialogue changes to blank verse. Stephano and Trinculo always talk in prose; Caliban, who belongs to the poetry of the play, speaks in verse (see note, II, ii, 67-68).

FOOTNOTE 2: Light endings, as defined by Ingram, are such words as am, can, do, has, I, thou, etc., on which “the voice can to a certain small extent dwell”; weak endings are words like and, for, from, if, in, of, or, which “are so essentially proclitic . . . that we are forced to run them, in pronunciation no less than in sense, into the closest connection with the opening words of the succeeding line.”

The Tempest: Versification and Diction