I started thinking about other Shakespeare-dedicated groups, and find that Canterbury is perhaps our nearest neighbour in approach and spirit. See this from their website:

The Canterbury Shakespeare Festival (started in April 2015 by Benjamin Chamberlain) was a project designed to put on Shakespearean plays that are fun and exciting to the public. It began with just two shows (Midsummer Night’s Dream and Romeo and Juliet) where members of the public: students and locals, joined together, to create these two shows, to dazzle and entertain their 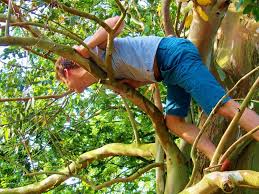 audiences. Since then, through the perseverance of the original vision and pure love of Shakespeare, the festival has grown, producing five-six plays per summer season, in multiple, stunning locations, all over Canterbury.

A big part of what we feel is special to the Canterbury Shakespeare Festival is it’s community feel – we want as many people as possible from Canterbury and Kent to be involved in any capacity. Whether you want to act, direct, stage manage, or just watch, we want you to be involved. That’s one of the reasons we create, and provide, as many shows as possible – so we are able to include as many actors and volunteers as possible.

Read their season-end reflections here, and perhaps we might go down en-mass next season to see  something?

The Canterbury Shakespeare Festival Is Over For Another Year